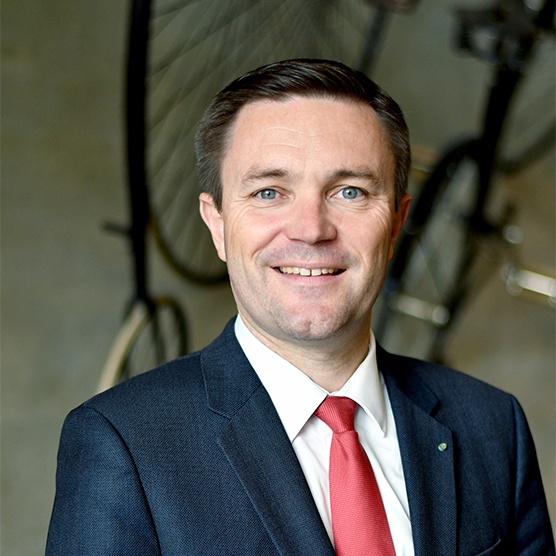 First appointed to the UCI Management Committee in 2005, Mr Lappartient was a UCI Vice-President from 2013 until his election as UCI President in 2017. Over the same four-year period, he was President of the Professional Cycling Council and of the European Cycling Union. He was also President of the UCI Mountain Bike Commission.

Mr Lappartient first became involved in club cycling as a teenager, continuing to ride at a regional level in France for nearly 20 years. His commitment to the sport saw him take on numerous administrative roles at club, regional and national level. Active within the Fédération Française de Cyclisme since 1997, he was President from 2009 until 2017. He is also experienced in event organisation, and continues as President of the Grand Prix de Plumelec-Morbihan Organising Committee, a UCI Class 1.1 road race for men and women in Brittany.

A committed local politician, he was elected Mayor of Sarzeau (Brittany) in 2008 and continues in this role in parallel with his role as UCI President.