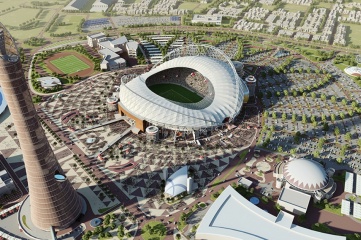 The FIFA World Cup host is one of many in talks with the IOC, who would need to change statutes to enable the Games to take place there at a viable time of year

Qatar is in formal talks with the International Olympic Committee about the possibility of hosting a future Summer Olympic Games, but the question of moving the event to a different time of year is “pure speculation”, the IOC told Host City.

Qatar is one of eleven prospective hosts in talks with the IOC about future Summer Olympic Games.

Following an IOC Executive Board Meeting in which climate-driven changes to future Winter Games host city selection were discussed, Host City asked the IOC if it would consider allowing a Summer Olympic Games in the winter months to enable a bid from the Middle East.

“This would be pure speculation at this point in time,” the IOC Media Relation office said in an email.

The rules regarding the months in which the Games can take place have not changed in nearly 20 years.

“The final dates for the holding of the Games, including the number of days of competition and the scheduling of the Opening and Closing Ceremonies of the Games, is decided by the IOC in consultation with the Organising Committee for the Olympic Games (OCOG).”

The National Olympic Committee (NOC) of Qatar is one of 11 NOCs from four continents interested in hosting the Olympic Games, either in Continuous Dialogue or informal exchange with the IOC.

The NOC of Qatar are taking part in Continuous Dialogue with the IOC. “These discussions are not linked to a particular year or edition of the Games and there is no longer a fixed election cycle, as in the past,” the IOC said.

The Qatari capital of Doha previously bid for the 2016 Games, under the slogan "Celebrating Change." This bid did not make it to the Candidature phase, and Qatar turned its attention to a successful bid for the FIFA World Cup, which was moved to take place outside summer months for the first time - although organisers claimed it could have taken place any time of year.

Although the bidding procedure for the Olympic Games has changed significantly since then, further changes would be required to enable the Games to be hosted at a different time of year.

“Since Olympic Agenda 2020 and the subsequent reforms of the New Norm, the IOC has adopted a new, flexible approach to electing Olympic Hosts, which considers carefully the local context and future plans for the region. All potential hosts must demonstrate sustainability and legacy at the heart of their Games proposal, which should align with long term socio-economic development plans for their region or country,” the IOC told Host City.