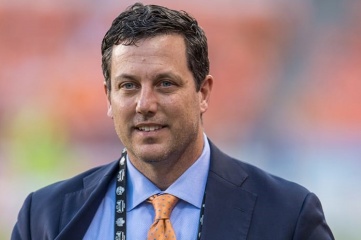 Houstonians are rallying together to support city’s bid to deliver a World Cup of the Future, Houston 2026 World Cup Bid Committee President Chris Canetti writes in this Host City exclusive

With a decision due soon on which cities in the United States, Canada and Mexico will host matches during the 2026 FIFA World Cup, I am confident that if Houston has the honor of being selected as a host city, we are 100% ready to provide a world-class experience for players, officials and fans. Why? Because we’ve hosted more major sporting events than any other candidate host city since 2004, including two Super Bowls, two NCAA Final Fours and multiple NBA, MLB, and MLS All-Star Games.

Our state-of-the-art venues and facilities, including the 70,000-plus seat NRG Stadium, which boasts a retractable roof, have successfully hosted some of the biggest teams in soccer. FC Barcelona, Real Madrid, Bayern Munich, Manchester City and Manchester United, have all come through Houston and praised the incredible noise and passion from the soccer community here – including legendary soccer manager Sir Alex Ferguson who, when speaking about the 2010 MLS All-Star Game at Houston’s NRG Stadium, said, “Houston was an amazing venue; to my mind the 70,000 supporters inside the stadium had an electrifying effect on all of us.”

The NRG Stadium has averaged 60,000 attendees for over 20 international events featuring national soccer teams since 2003 – so I have no doubt that a World Cup in Houston in 2026 would be a truly global festival of soccer for the whole family to enjoy. In fact, hosting the most prestigious sporting event in the world will not only grow the game in Houston, but it will also serve as a catalyst for the significant growth of soccer across the region. It would also generate significant and lasting benefits for the community.

Recently ranked as the third-fastest growing tech ecosystem for early-stage companies in the US, according to a study, we’re bringing things to the table that only Houston can deliver to help advance the game of soccer.

Houston is home to some of the brightest and most industrious minds in the world. And we don’t do anything halfway, from being home to the world’s largest medical center, to planning large scale missions to outer space, we can accomplish anything here. That’s why we’ve harnessed the unique Spirit of Houston and its vast innovation resources to create a non-profit institution called the Soccer Innovation Institute.

The Soccer Innovation Institute will carry out the city’s legacy vision around the 2026 FIFA World Cup and serve to advance the game globally. It’s our way of saying that not only are we invested and committed to hosting an incredible series of games for fans all over the world for 32 days, but we’re here to leave a lasting impact in the community that will be recognized for generations to come.

As the fourth largest city in the US, with more than 145 languages spoken, over 20 ethnic and racial groups represented, we hope to have the opportunity to invite the world to join us in what would be a truly global celebration of soccer.