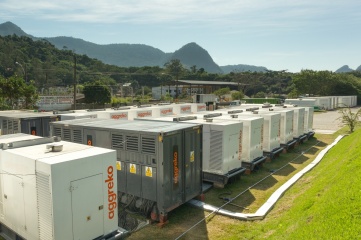 The power rental market in Qatar is set to grow at a compound annual growth rate of 23.3 per cent until 2020, according to research by 6Wresearch.

“Upcoming FIFA World Cup 2022, rising public and private infrastructure, construction of hotels and stadiums and increasing flow of investments in the country are exhibited to fuel the growth of Qatar’s power rental market,” the researchers said.

The majority of this growth will be accounted for by diesel gensets, but environmental concerns and the local abundance of natural gas will also drive growth in non-diesel gensets. Gas generators are expected to rise in prominence.

American multinational Cat Entertainment Services is another big player in major event power generation with the potential to tap into the growing market in Qatar.

More than US$200bn is being invested in infrastructure developments in the run up to the 2022 FIFA World Cup.

The temporary power supply industry is in huge demand on projects such as Lusail City, the Doha Metro Rail, construction of expressways, hotels and other facilities, as well as nine new stadiums and major renovations to three existing stadiums.