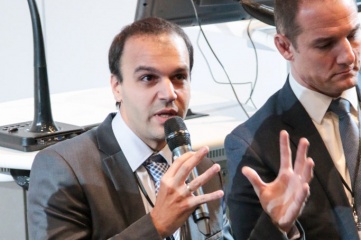 Competitions can become more successful by adjusting parameters such as number of participants, matches and match-days to best fit the needs of the organisation, writes Itay Ingber of MatchVision

The number of sports events worldwide has been growing rapidly since the beginning of the 21st century. And with new markets comes the appetite to create more competitions, or redesign existing competitions.

Right holders, cities and companies invest large amounts of resources from early stages in feasibility studies and more, but one thing is usually left off the table – even though it is crucial for making a tournament profitable: the competition format.

Since the original Olympics Games in Ancient Greece, tournament formats have remained the same: Round-Robin Groups and Direct Elimination (Play-Offs). Practically every competition world-wide that involves two competitors in each match uses these formats, even though it has caused several issues, supposedly unfixable – such as score-manipulations, low competitiveness and above all an inability to optimise number of participants, matches and match-days.

What do we mean by this inability to optimise the number of participants? Well, try to come up with a short tournament that has 10 competitors. Can’t think of any? Neither can I. Yet Googling the phrase “Top 10” shows 350 million results, while the phrases “Top 8” and “Top 12” returns around 20 million.

Obviously branding an event as a Top 10 would then be much more beneficial for all the stakeholders. Then why don’t we see more tournaments of 10 competitors? Probably because we can’t really imagine a tournament that doesn’t use the traditional format, so the number 10 is a “weird” number.

So in order to avoid having two groups of five teams, organisers opt to reduce the number of participants to eight as the ATP World Tour Final does (in a sport that is obsessed with Top 10 ranking), or increase the number of participants to 12, even at the expense of hurting the brand by including unattached teams, as Copa America does with Japan or Jamaica instead of just the 10 CONMEBOL teams.

There is an alternative. MatchVision, a game-changing company that helps federations and competition organisers to fulfil their competition objectives, has developed numerous simple, fair and transparent tournament formats that best fit the reality of the tournament, either new or re-branded.

Using innovation in formats, the parameters that define the competition (e.g. number of competitors, matches and match-per-competitor) are flexible, and changing one does not impose the other. For instance, increasing the ATP World Tour Finals to 10 players can be done without changing the number of matches-days or matches per player.

How would that tournament look like? There are several ways, but a simple example would be to divide players into two “zones”, instead of groups. Each player would face three opponents from the opposite zone, depending on previous ranking, and all players would be placed in one general standing. After everyone has played three matches, the best four players in the general standing would continue to the Semi-Final, with the first facing the fourth, and the second facing the third.

This simple system has many other benefits as well, such as a better tournament calendar that uses the first weekend of the tournament to its fullest, or having all players competing against all others, encouraging fans to follow all matches and not just the ones played by their favourites.

That is a death-blow to some competitions, due to issues such as the calendar and player endurance. Between 1987 and 1995 a tournament involving ex-players of World-Cup winning nations was played biennially, yet in spite of interest it ceased to exist. All recent attempts to create a similar tournament have failed for one major reason: finding players.

Very few important ex-players have shown willingness to join a tournament that would force them to play not less than three matches, not only due to the physical effort required but also due to time commitment of having to stay at least two weeks in the host nation. Yet with an innovative format that requires not less and not more than two match-days in the first round, and with the correct number of teams, this tournament could become a reality.

Last but not least, the competition format also affects the infrastructure costs of the tournament, not only due to the number of participants and matches but also the number of venues required and travel expenses. A multi-hosted event usually means long and numerous travels for competitors, fans and press. For instance, in the 2014 FIFA World Cup the United States national team travelled more than 10,000 miles inside Brazil alone. Yet with an optimised competition format, number of travels could be reduced to a minimum, even allowing smaller events to be held over few countries.

Whether you’re a rights holder, a city or a company looking to endorse a tournament, analysing the competition format is of your interest. With an innovative design, you could create a highly competitive tournament, deciding the number of participants, matches and match-days based on your requirements, breaking the restrictions imposed by the usage of traditional formats.