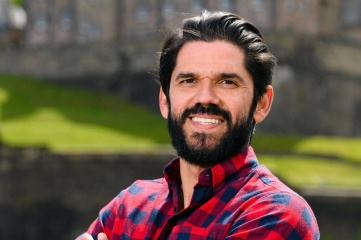 Andy Meikle, Recast Founder and CEO shares his views ahead of speaking at Host City 2022 in Glasgow on 15-16 November

Established broadcasting models in sports and entertainment see rights sold to the highest bidder and fans, more often than not, forced to pay a subscription to access the content they want to enjoy. At a time when consumers are feeling the pinch of the cost of living crisis, fans are faced with the equally unattractive options of paying multiple subscriptions, missing out, or streaming content illegally.

As a result, fans are increasingly finding other ways to consume content in cheaper and more accessible formats, leading to a change in consumption patterns with the rise of short form  content, particularly on social media, and an increase in consumption through pirated streams, putting pressure on an already fatigued subscription model.

In response, broadcasters have invested more heavily in top tier sports, where they believe they'll secure and retain larger audiences. However, this is creating a huge gap between the earning potential of top tier rights holders (e.g. the Premier League) and everyone else. In an attempt to bridge that gap, some rights holders have developed their own OTT subscription models, but this only exacerbates the problem of subscription saturation, leading to less access for fans rather than more.

The solution to this problem is to democratise content distribution and give fans affordable, flexible access to the content they want to see, which in turn will generate fair value for content creators and rights holders across the board.

In short, democratising the distribution of content can create a system where fans and rights holders win. This is the driving force behind Recast.

Andy Meikle is the Founder and CEO of Recast, a subscription-free live and on-demand streaming platform powered by microtransactions. Recast gives fans affordable access to the sports and entertainment they love, and pays content creators and rights holders for every view.