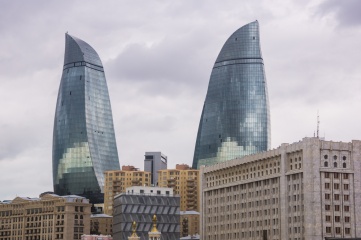 Azerbaijan is rich in oil and gas but its grid infrastructure must be upgraded to keep up with Baku's rapid development (Photo: Pawel Szczepanski / Shutterstock)

Aggreko will provide temporary power to the inaugural European Games to be hosted in Baku, Azerbaijan in June 2015, the company informed HOST CITY.

The leading supplier of temporary power and temperature control services will supply 34 MW of power for the opening and closing ceremonies, International Broadcast Centre (IBC) and 13 competition venues.

The announcement comes as Baku’s state energy operator, Bakielektrikshebeke, pledged to upgrade its infrastructure to cope with the demands of hosting the Games.

“Baku will host the first European Games in 2015. This is a historic event for our country, and we are carefully preparing for it,” Tanriverdi Mustafayev Bakielektrikshebeke’s head of press, told local media.

“Old transformers will be replaced with those with large capacity wherever necessary, including stadiums and hotels.”

Power outages were commonplace in Baku until recently and the city still suffers from occasional outages.

“Baku develops year by year, and the number of subscribers increases as well. It means that we should continue increasing the capacity of the power grid. In the past eight years, it increased by 90 percent,” Mustafayev said.

The news follows a successful year in the major events sector for Aggreko in 2014, when they provided services to the FIFA World Cup, Glasgow Commonwealth Games and the Ryder Cup.

At the FIFA World Cup in Brazil, Aggreko supplied temperature control services and 50 MW of temporary power for the IBC and 12 stadiums.

The Scottish-headquartered company also provided 103 gensets for the 2014 Commonwealth Games and a further 17 MW of power for the 2014 Ryder Cup.